An Isle of Man gambling license was first Formed in 1962, the Gambling Supervision Commission of the Isle of Man has led the way with big changes throughout the world, with player protection being one of the isle’s top priorities.

Unlike many other governments, the government of the Isle of Man actually encourage the develpment of online gambling business on the island. The Isle of Man was one of the first jurisdictions to introduce gaming legislation with the aim of benefiting gambling and various online firms, and have been at the middle of the internet gaming boom from the start.

Regulatory bodies ensure a gambling license is granted only if after a thorough vetting process, standards are met.

The Isle of Man are particulary aware and responsive to changes in the internet gaming market, and reguarly make changes to their policies and regulatory controls. Along with the private sector, the government works hard at creating a superior infrastructure, thus attracting more business and resulting in economic growth.

As of 2005, no income tax is taken out the the e-gaming sector, this has prompted more business and although there are less than 20 operators licenced with the island, the Isle of Man remains one of the most successful e-gaming jurisdictions around.

In order to apply for a licence, operators must pay a non-refundable fee of £1,000GBP, followed by a rigorous inspection to check the prospective operators for credibility. Applicants must also demonstrate fairness in their games, keep enough money reserved for payouts, and excel in the community as a reputable gaming provider.

How to get in touch

About the Isle of Man

The Isle of Man is an island located in the Irish Sea between Britain and Ireland. It is a British Crown Dependency, but it has their own government and is not considered part of the United Kingdom. The Isle of Man Government actively encourages the development of gambling and e-gaming business on the island. After the crash in the e-gaming market in the early 2000’s, when the Isle of Man was left with no gambling companies, the government has done everything possible to bring gambling operators back to the country. In 2001, the Isle of Man Government was one of the first jurisdictions in the world to introduce legislation specifically designed to benefit gambling and e-gaming firms and fully protect customers. Following further recent changes, the licensing and regulatory controls are now more responsive to the needs of the gambling and e-gaming industries. Today, the Isle of Man is considered a basic model for online gaming in countries that either seek their licensing or wish to implement their own infrastructure and promote e-gaming.

The Isle of Man Gambling Supervision Commission, which is part of the Treasury Department, was established in 1962 and is fully independent body, committed to player protection. It regulates all gambling on the island, dealing with licence applications from companies looking to move their business to the jurisdiction. The Commission also provides full assistance to licensees to help them conduct their online gaming activity within the regulations.

Since the downslide in 2002, the government has taken steps taken to attract new gambling operators. Now the Department of Trade and Industry oversees the licensing, and the previous $2 million USD security bond has been renegotiated, making licenses much more affordable for smaller operators. What is more, the Isle of Man improved their regulations and laws, and now no income tax is taken out of the e-gaming sector.

These changes have prompted even more business, and while there are a few operators licensed in the Isle of Man, they are among the most successful online gaming venues around.

In order to apply for a license, operators must first request an application from the Gambling Supervision Commission and pay a non-refundable fee of £1,000. Then a thorough inspection process takes place, wherein each prospective operator is rigorously checked for credibility. Applicants must prove fairness of their games, keep enough money reserved for payouts whenever requested, and be regarded as a reputable gaming provider. The operators licensed in the Isle of Man have to pay an annual license fee of £35,000, and a 1.5% tax on gross gaming yield up to the amount of £20,000,000. The corporation tax is 0% so long as the site does not accept bets from the Isle of Man residents.

The Gambling Supervision Commission is statutorily charged to ensure that gambling is conducted honestly and fairly, remains free from criminal influence and exploitation and does not cause harm to the public interest, individuals and families. If a complaint arises with a Mann-licensed operator , players should, first of all, contact the licence holder about their grievance. If they are dissatisfied with the response and have exhausted all avenues with the casino operator, they can contact the Commission by email at gaming@gov.im. To speed up the query, player are asked to fill in the Complaints Form and send it to the Commission.

After the e-gaming crash, the Isle of Man relaxed requirements in order to attract new business. However, the standards have gotten stricter in recent years, and the jurisdiction is proving they are serious about fair gaming. Due to the improvements and implementation of a Gambling Supervision Commission, you don’t have to worry about depositing at a casino licensed in this jurisdiction.

Where is the license valid?

The Isle of Man has become a model for online gaming countries due to the legislative framework set by the Electronic Transactions Act of 2000 and the Online Gambling Regulation Act 2001, which legalized online gaming operation in the country. Applications for online gaming licenses were initially accepted on the Isle of Man in June 2001. By 2002, licenses were distributed to five gaming operators from around the world. The rapid growth of the market, however, was followed by an even more rapid crash. By 2003, no gaming operators held a license from the island.

The island used to be “White Listed” by the UK and the OECD respectively for eGaming and tax cooperation purposes, which used to allow Isle of Man licensees to advertise to the UK market. Sadly this white list is long gone and to advertise in the UK you will need a UKGC license.

There are three options for eGaming Licenses:

Require the submission of an application and are designed for operators who enter into a contract with a provider that holds a full OGRA license. The costs related to a Sub-License are less than those for a full license but require a nonrefundable GBP 5,000 application fee. Once approved, the license has a five-year term and is subject to an annual license fee of GBP 5,000 per annum.

Requires a GBP 5,000 application fee; GBP 50,000 annual fee; and GBP 5,000 per network partner. The license provides flexibility for future development and growth for every type of business model and new income streams: B2C; Affiliate 3rd Party; White Label; Sub-License; B2B Services. This solution offers low-cost duty starting at 1.5% on Gross Gaming Yield (GGY) and not turnover. The duty is only paid on the retained element of GGY in the Isle of Man, not from licensed operators in other countries. The current corporate tax on gaming companies is 0%. The Isle of Man’s arrangement with the EU ensures services provided to UK/EU individuals are VAT exempt, and in most cases customers from outside the EU and B2B partners are 0% rated.

Changes to regulations in 2010

In February 2010, the Isle of Man announced changes to its gambling regulations, now making it legal for iGaming firms to host or carry out their non-gambling-related activities such as marketing; software, skill games and disaster recovery without an Online Gambling Regulation Act 2001 license. Disaster Recovery permits immediate switchover for up to 90 days without a license.

The Isle of Man’s Department of Economic Development in conjunction with the Isle of Man College of Further and Higher Education will be offering and launching in January 2013 the world’s first accredited qualification in eGaming. It is to be delivered through a work-based, higher-education framework (WBIS) validated through the University of Chester as a postgraduate-level qualification. There are plans to offer it at an undergraduate level in due course. Currently eGaming is an important sector on the island, employing approximately 688 people.

The Federal Republic of Germany lies in the heart of Europe and is a cosmopolitan, democratic. Germany has one of the world’s strongest economies and offers an innovative research and education landscape. At the same time it has a strong creative economy and a dynamic cultural scene. Germany is the European Union’s most populous nation with 82 million inhabitants.

Who manages E-Gambling in Germany?

The Interstate Treaty on Gambling (ISTG) does not permit online casino games whatsoever and there is a maximum of 20 licences that can be granted to sports betting operators at any one time.

Though in 2012 the state of Schleswig-Holstein granted approximately 50 licenses for online sports bets and online casino games.

In 2013, Schleswig Holstein’s gambling law (in force for about a year) was ended by Germany’s newly elected state government. The reversal of the act was criticised by the EU Commission as it was done without sufficient justification. As of February 2013, all German federal states have adopted the ISTG (the Interstate Treaty in Gambling). While administrative courts generally tended to agree to the prohibition orders issued against private providers of online gambling services in the past, 2014 saw quite a number of court decisions which favoured private provider. The small Federal State of Schleswig Holstein, under which more than 50 licenses for online gambling and sports betting had been granted though the act was withdrawn in 2013, the licenses granted are valid until 2018 (six years).

The Schleswig-Holstein gambling act read as follows “Under Paragraph 19, section one, foreign operators will be allowed to apply for a licence if they are based in the EU or the EEA. The original wording of the law, according to which operators were required to have their “registered office, central administration or principal place of business” in one of the EU/EEA states has been changed to registered office, central administration or place of business”, which means that to have a place of business in the above mentioned areas will be all that is sufficient. Allowed to authorise one casino to move its products online. As the European Commission indicated in its detailed opinion according to the ruling of the Court of Justice of the European Union, to require operators of online casino games to have a permanent seat in Germany is a restriction on the freedom of services and as such it has to be indispensable to achieve the goals of the regulation.”

Sports betting are allowed but not online games of chance. 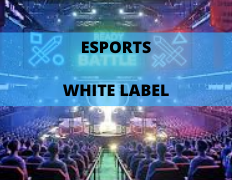