Founded in 2014, Lucky Streak Live has already established itself as a leading B2B provider of casino gaming solutions for both web and mobile platforms.

Games are designed with a entertainment first approach, promising to provide a gaming experience that will hook players and keep them engaged.

Lucky Streak has made it their mission to take take the world of Live Casinos to new heights by merging inovation, gamification and style into one unforgetabble experience.

The Lucky Streak Platform provides a number of casino games. Their most popular being their live games: BlackJack, Baccarat, European Roulette and Auto Roulette.

Streams of each game have been optimized to deliver real-time videos directly to players in high definition. Additionally, their cross-platform clients detect device and bandwidth constraints and adjust video streams accordingly. Thus providing players with the best experience available

Live Games are the very foundation that Luckystreak was built on. The software provider has an array of live dealer table games including roulette, baccarat and blackjack.

Lucky Streak’s unique design coupled with their engaging hosts will have players hooked throughout their gaming experience. And with the option for multiple players to play at the same time, revenue opportunities for operators are plentiful.

The live game can be broadcasted in HD with two camers displaying the game presenters every move as well as every spin of the roulette wheel.

This live version of the popular Asian card game offers gamblers 6 options for side bets thus presenting the players with new betting opportunities. And if that wasn’t enough, Lucky Streak’s Baccarat is equipped with game history. Which is displayed on the screen allowing for easy analysis.

Lucky Streak has enhanced and refined one of the most played casino games around. Their Live BlackJack ensures a high energy game and entertainment for both casual players and high rollers. It has a number of features guarenteed to hook olayers from the start

While live table games are LuckyStreak’s most sought after games, they also provide a number of third party RNG games provided by popular game providers, namely:

Booongo is a fairly new game provider but have already made a name for itself within the iGaming industry.

Booongo makes use of modern technologies that help them deliver top market video slot titles. This includes various software for 2D and 3D animations that guarantee HD quality of their games, as well as HTML5 which is a basis for all of their games.

Their excellent game design is a product of the members of the Booongo development team , who are not just software developers but players too.

Booongo games run on HTML5 technology, allowing the company to deliver its games across multiple platforms. Additionally, this technology allows for smooth gameplay across each platform. And the user-friendly interface ensures easy navigation.

Games are also accessible all over the world and are available in 18 languages. However, there is a possibility of integrating other languages.

When it comes to game design, Booogo is among the best. Currently, there are a total of 47 themed slots available on it’s a platform with a few more on their way. Giving operators a wide variety of titles to choose from.

Booongo is licensed by Curacao. It also utilises the services of Quinrl and iTech Labs to confirm the credibility and fairness of its games. Both companies are some of the leading testing laboratories in the iGaming industry that certify the RNG of casino games.

Despite being new to the online gambling scene, Booongo games has thrived tremendously. Growing exponentially through the years the company has shown great progress in an industry brimming with competetion.This is thanks to the company’s transparancy and commitment to providing players with the best experience they have to offer. 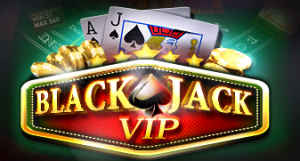